Notes on the 3rd String (A String) 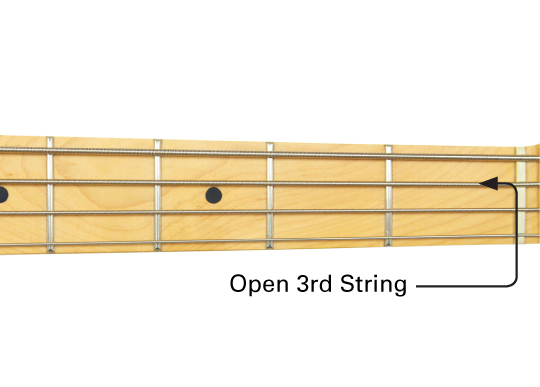 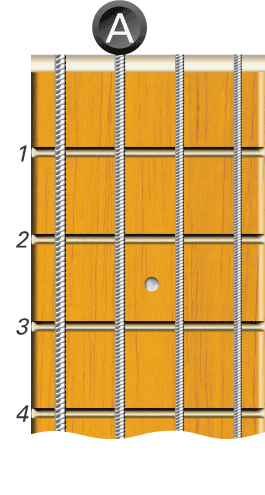 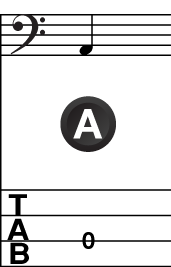 The open 3rd string is an A note 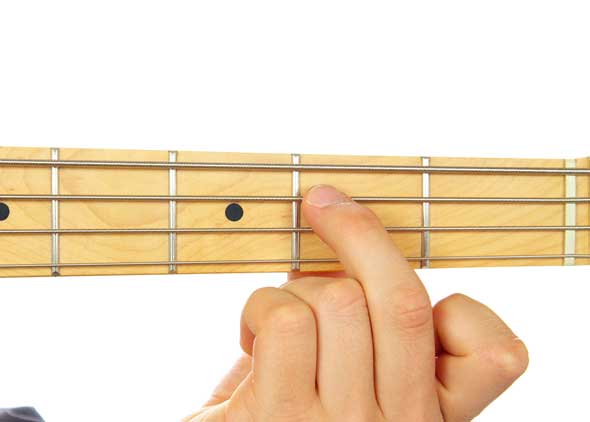 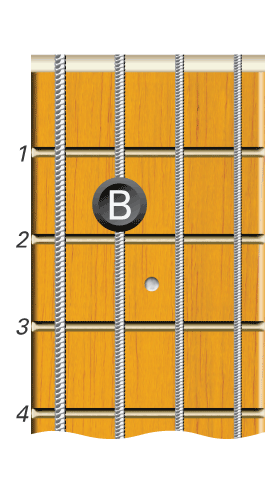 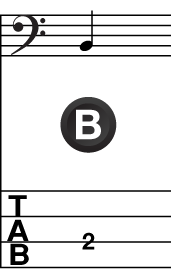 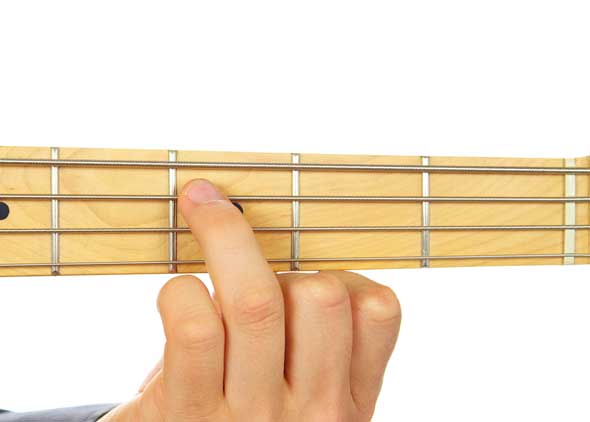 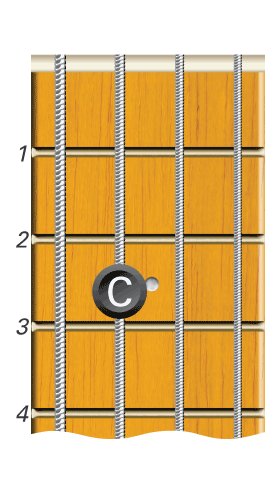 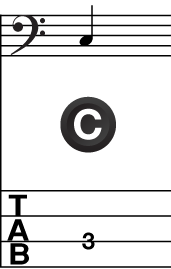 The following progressions use quarter notes and half notes.

As a general rule: 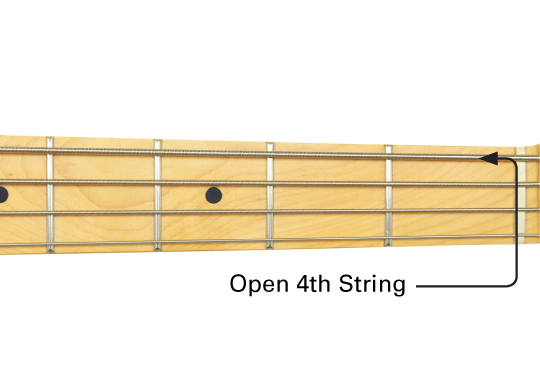 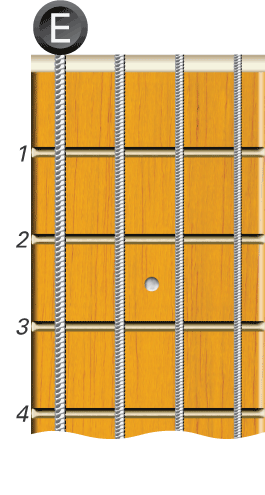 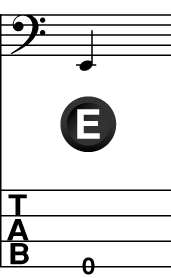 The open 4th string is an E note 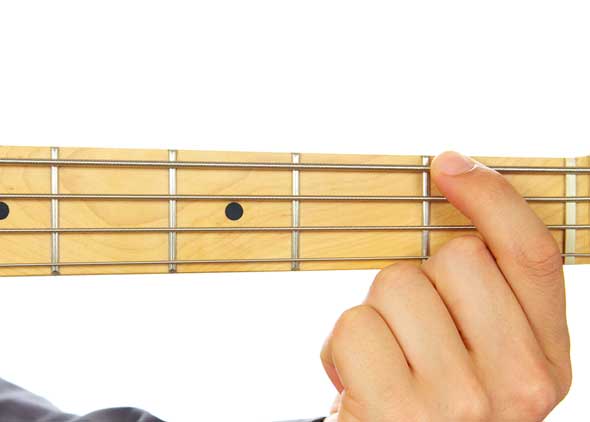 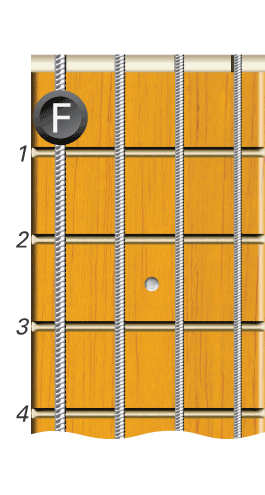 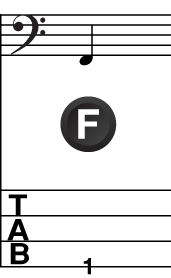 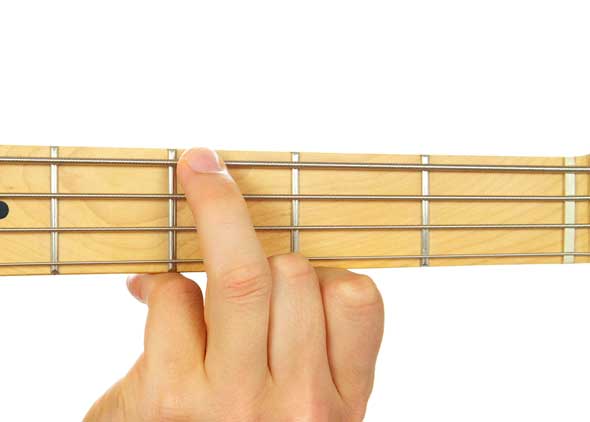 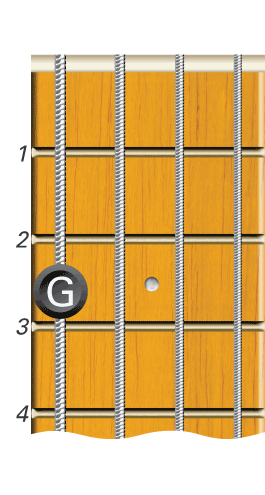 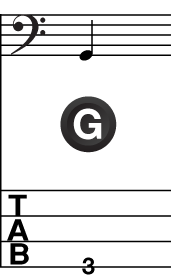 When playing the E string with your right hand fingers, you will need to use a variation on the rest stroke technique. Since there is no string for your finger to come to rest on after playing the E string, let your finger come to rest against your thumb which is resting on the pickup. This technique is demonstrated in the following photos and should be used in the next two exercises. 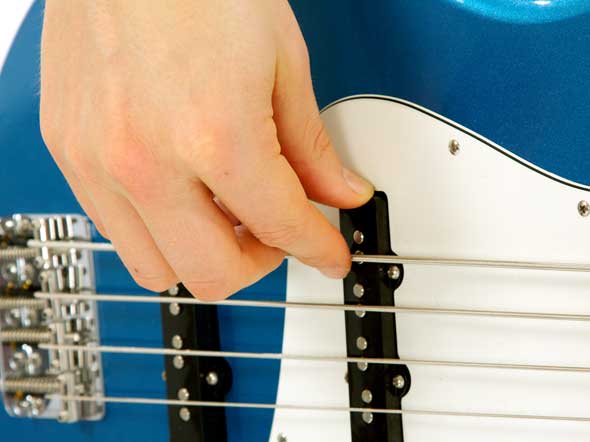 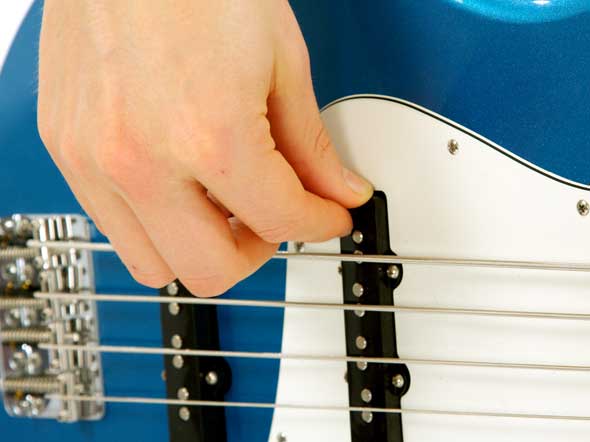 12 Bar Blues is a pattern of chords which repeat every 12 bars. There are hundreds of well known songs based on this chord progression, i.e., they contain basically the same chords in the same order. 12 Bar Blues is commonly used in Rock music and is the basis of Blues music.

12 Bar Blues in the key of E major

In bar 9, a new note B is introduced. 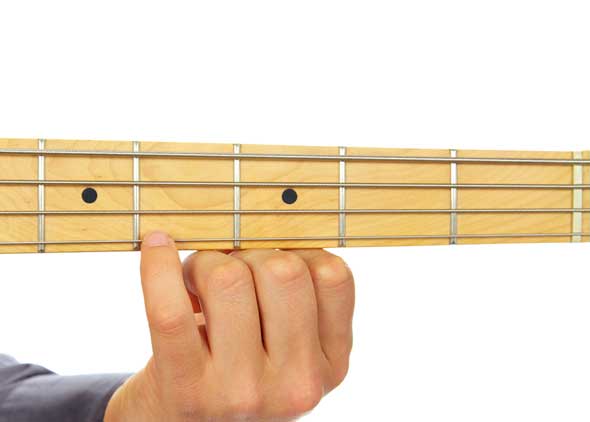 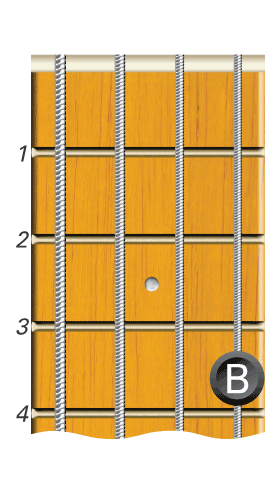 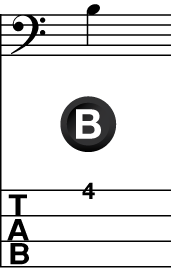 Play this note with the fourth finger of your left hand just behind the fourth fret of the 1st string. 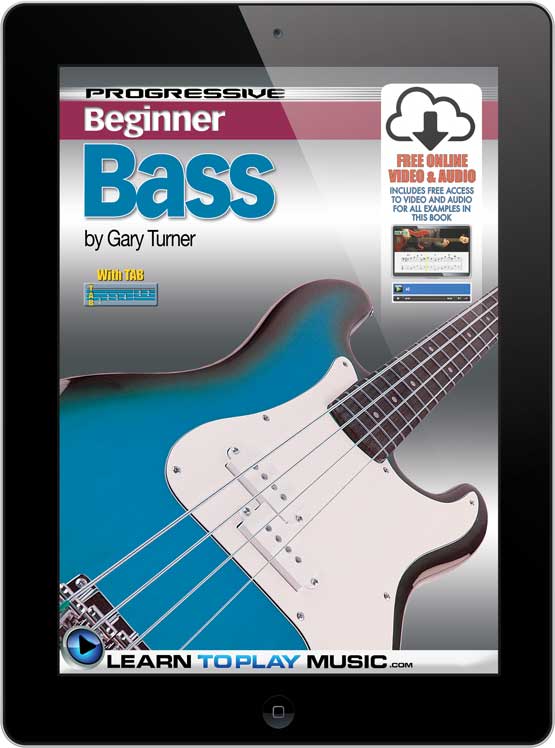 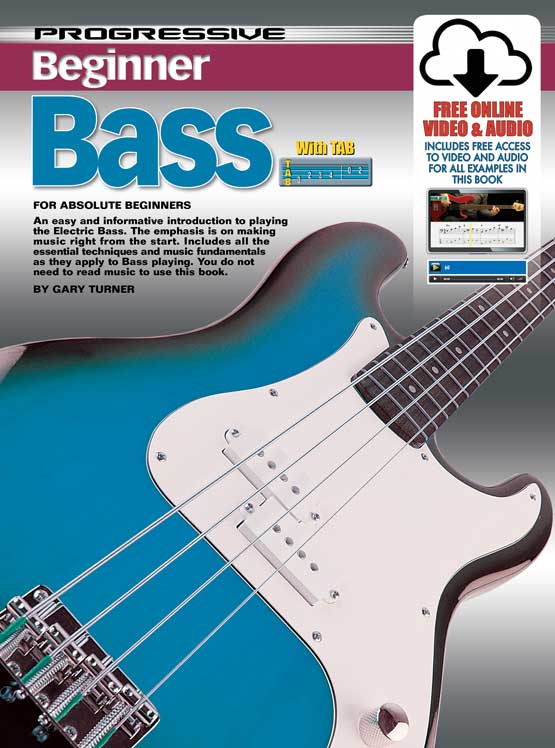