What Are the Best Beginner Guitar Scales to Learn?

What Are the Best Beginner Guitar Scales to Learn?

When it comes to learning how to play guitar, there are a lot of theory topics to study. One of those which is great for playing melody on guitar is scales. But what are the best beginner guitar scales to learn? And why? To answer these questions, we need to look at what scales are, and how to go about learning them.

What Is a Scale?

A scale can be defined as a series of notes written in alphabetical order, going from the root note to its octave. These notes are used for the writing and playing melodies. They are also the building blocks for harmony, as chords are built from scales. Here is a scale you may be familiar with:

There are many great reasons why you should learn scales. Knowing scales will give you a greater understanding of music. Understanding the relationships between single notes and chords will result in better composition and songwriting. Also, practicing scales will enhance your finger technique and hand synchronization. Having both the technique and the knowledge increases your ability to play various melodies over the right chords at the right time. Learning and practicing scales is invaluable and will help you to develop faster as a musician.

What Are the Best Scales to Learn First

When it comes to guitar soloing, regardless of the music style, certain scales are used considerably more than others.

The other three beginner guitar scales – the major pentatonic scale, major blues scale and major scale – are the relative major equivalent because they use the same notes and patterns. For more on relative major and relative minor scales, see Lesson 13 in Progressive Guitar Method – Theory.

Here are the most common patterns for each scale type, shown in a fretboard diagram and in tablature. These examples are all in the key of A so the root will be on the 5th fret of the 6th string. 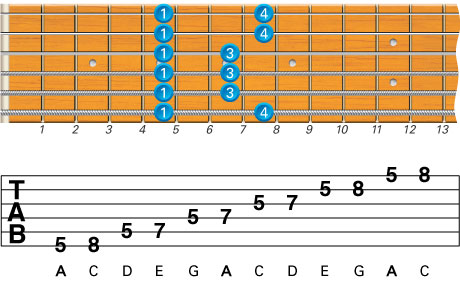 See the white notes added to the notes of the pentatonic minor scale pattern on the fretboard diagram.

The scale degrees are 1 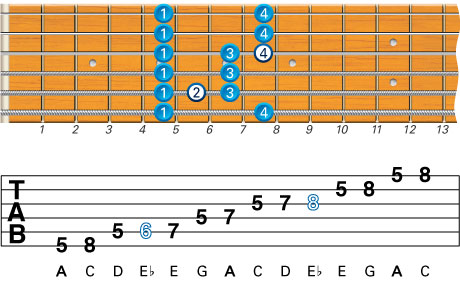 If you are a beginner guitarist, you may be familiar with the C major scale: C D E F G A B

It is called natural minor to separate it from the other minor scales – harmonic minor and melodic minor. 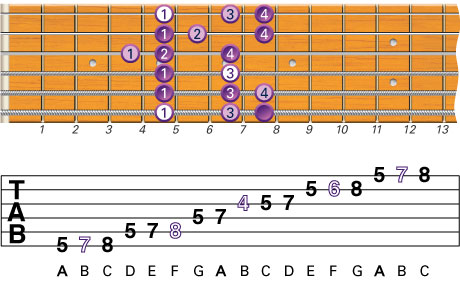 There are many beginner guitar scales that we could learn. All over the world there are literally thousands of scales, some of them with complex interval combinations and some that sound very exotic.

As a beginner guitarist, it is good to first familiarize yourself with the three most commonly used movable scale patterns. That way you can relate and compare all new scales and scale patterns we learn to these basic three beginner guitar scales. A good scale book which includes suitable chords progressions to solo over can be of great help in further study of scales. 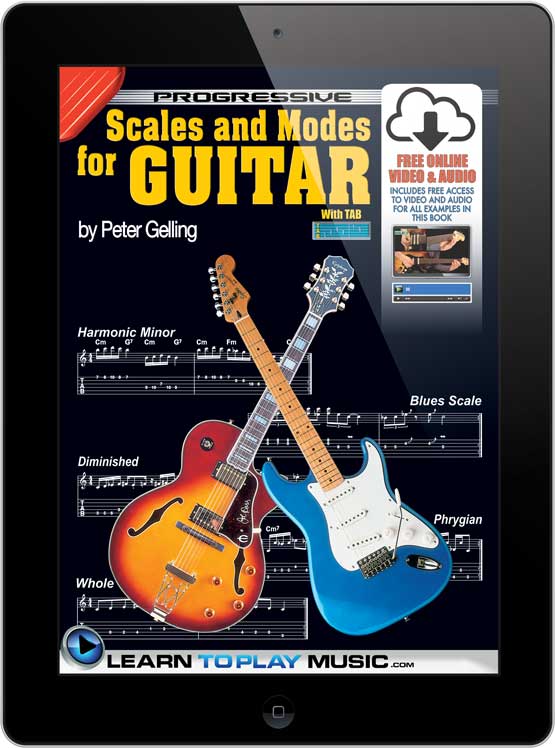 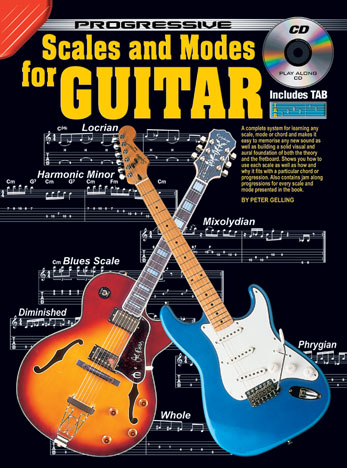