When moving between chords, it is often necessary to lift one or both hands off the piano completely. This results in a gap in sound between one chord and the next. Sometimes this is desirable, and other times it’s not. The use of the sustain pedal makes it possible to keep a note or chord sounding while the hands move to a new position.

On a piano, the pedal is part of the instrument itself. There are also other pedals on the piano which vary between upright and grand pianos. For now, we will deal specifically with the sustain pedal. The sustain pedal (also called the sostenuto pedal) is always the one to the right of the other pedals, because it is operated with the right foot. On electronic keyboards the sustain pedal is a separate attachment which can be plugged into the socket provided on the back of the keyboard.

The photos below show the pedals on both upright and grand pianos as well as a sustain pedal for an electronic keyboard. To hear how the sustain pedal works, play a chord and then press the pedal down with your right foot. Hold the pedal down and lift your hands off the piano – the chord continues to sound as long as the pedal is held down. This makes changing chords a lot easier. 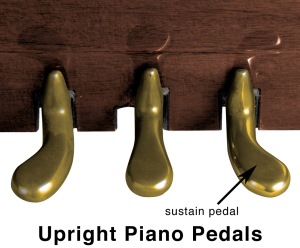 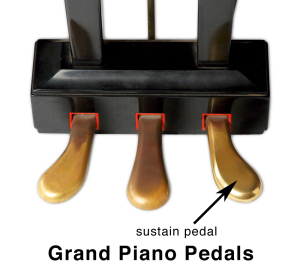 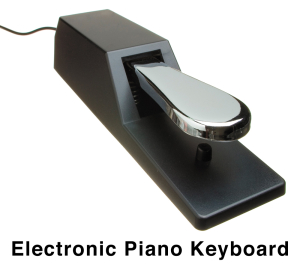 The following example demonstrates a typical use of the sustain pedal. In the first two bars, the right hand moves between inversions of a C major chord. Listen to the gap between each chord as the hand is lifted off the piano. In the third and fourth bars, the sustain pedal is pressed down as each new inversion is played. This eliminates the gaps in sound between the chords. The use of the pedal is indicated by the symbol Ped.

The basic rule when using the sustain pedal is that it must be released when the harmony changes. This is demonstrated in the following example. The pedal is held down between bars 1 and 2 while the left hand changes from a C chord to a G7 chord. When the pedal is held down, the first chord blends in with the second chord, causing a clash in harmony and a muddy sound. This is definitely undesirable!

In the rest of the example, the pedal is quickly released as each new chord is struck by the hand and then immediately pressed down again until the next chord is struck. This is the correct way to use the pedal. Practice this example many times each day until you can co-ordinate it with your hand. Then try playing the chords with the right hand, then both hands.

In this example, broken chords are played by the right hand. Because all the notes are part of the one harmony, it’s not necessary to release the pedal until a new chord is played.

You will often find printed music which doesn’t contain pedal markings, so it is up to you to decide where to use the pedal. The best place to pedal is usually where a new chord occurs. Try pedaling on each chord change in some of your favorite songs to see how this affects the sound.

Peter Gelling is an Adelaide based musician, composer and author. While he is best known as a bluesman, he is classically trained and his talents extend to many genres. Peter is the author of many music instructions published worldwide by LearnToPlayMusic.com. 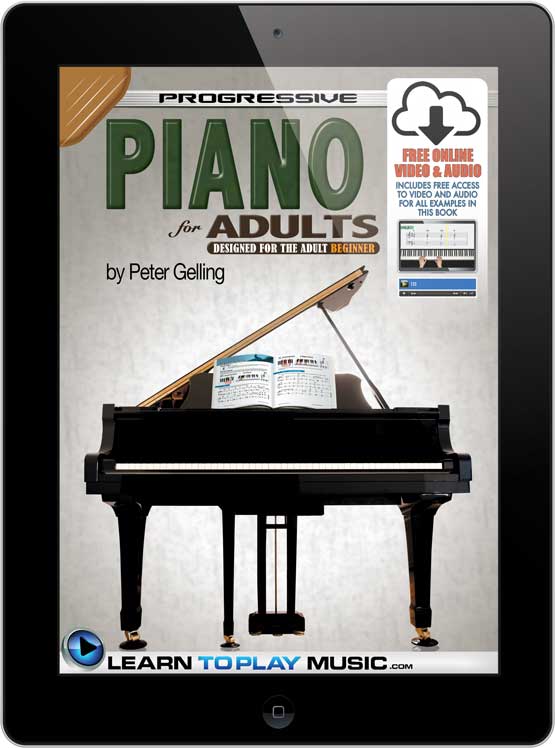 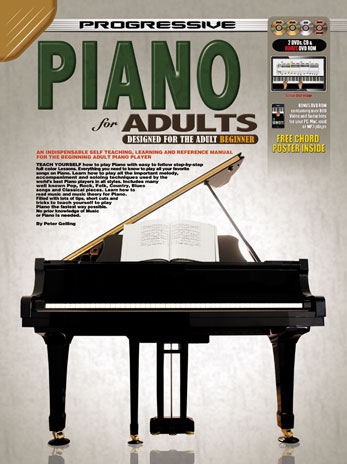