When we think of Blues today we really should not look at it as a single musical form. Since its humble beginnings in the early 1900’s it has undergone several stylistic changes and has now grown and developed into a very multifaceted musical genre. It is much like any other musical style constantly evolving and changing.

We now have a number of styles within Blues, some of which are Delta Blues, Swamp Blues, Chicago Blues, Texas Blues, British Blues, Blues Rock etc., each of these with their own playing style, sound and use of various types of guitars.

So, if you are looking for a particular Blues sound, a certain type of guitar may be more suitable in order for you to get the sound you like.

The best blues guitar for you comes down to what suits your personal style and taste. As a beginner you might start out trying to sound like your favorite Blues guitarist and get the type of guitar that this musician has as well. Eventually you will choose an instrument that will be a better fit for your own personal style and expression.

Until the 1930s, Blues guitarists used acoustic guitars and played them mostly finger style to accompany themselves while singing or telling a story. It was at that time a very chord based, almost Folk style of music. With the invention of the electric guitar and amplifiers, electric Blues (which initially sounded very similar) gave birth to new styles such as, Chicago Blues, Rhythm and Blues and Rock ‘n’ Roll in which guitarists started to play single note melodies (licks) without having to accompany themselves. The influence of Rock in Blues happened at the time that musicians in American and Europe (especially England) began listening to Blues records and began trying to copy their favorite Blues guitarists.

Here is a brief overview of a few of the most common types of guitars that famous Blues guitarists have used to play Blues with, the kinds of sounds they will produce and some of the famous players who have used them.

Most of the rural Blues musicians in the early 1900’s lived in poverty and used steel strings (or even baling wire or electrical cords) since they were much cheaper then nylon strings. The steel strings also sustain a note much longer so you can bend strings to get a crying, moaning sound which is harder to do on the warmer classical nylon string guitar. The pioneers of this music are too many to name but a few of the absolute most famous Delta Blues guitarists and musicians are Robert Johnson, Son House, Lightning Hopkins, Big Joe Williams, Mississippi John Hurt, Howlin’ Wolf, Elmore James and Mississippi Fred McDowell.

The Stratocaster or Strat has become almost synonymous with Blues because of the popularity of one Blues guitarist in the modern era, Stevie Ray Vaughan. Other guitarists famous for playing this model are Jimi Hendrix, Eric Clapton, Ry Cooder, Robert Cray, Rory Gallagher and Buddy Guy.

The Strat has, because of its three single coil pickups and a 5 way pickup selector, a huge amount of different tones and textures, from the punchy neck pickup, to the bridge pickup’s powerful deep sound. Clean to crunch, rhythm to lead, oftentimes guitarists playing Strats switched between pickups and sounds even during their guitar solos.

The Telecaster or Tele has more twang (high end) then the Stratocaster. It is better known as a country guitar but the Telecaster is also used as a Blues guitar. Guitarists famous for playing the Telecaster are Muddy Waters, Jeff Beck, Albert Collins, Roy Buchanan and Keith Richards. Telecasters are very bright and twangy, making them great guitars for intricate and technical licks, complex picking and country influenced Blues playing.

Nowadays the Les Paul has become a very popular guitar among Blues guitarists. The British Blues bands from the 1960s made this instrument popular because of the high gain, screaming, Rock Blues sound they produce. Because of the two humbucker pickups, a Les Paul has a thick, powerful tone with lots of gain and sustain and helped to pioneer a new supercharged blues sound.

The Gibson ES-335 has that typical blues guitar authentic look. It is known primarily as a Jazz guitar and has a very warm and thick tone. Some of the guitarists who have played this model over the years are Freddie King, Eric Clapton, Alvin Lee, Chuck Berry, BB King and Eric Johnson. Similar to the Fender Strat, the ES-335 has versatility. It has a warmer sound then a Les Paul and not such a high output, its two humbucker pickups produce clean tones and if distortion or overdrive is added a very slick and pleasant crunch with an almost singing quality. 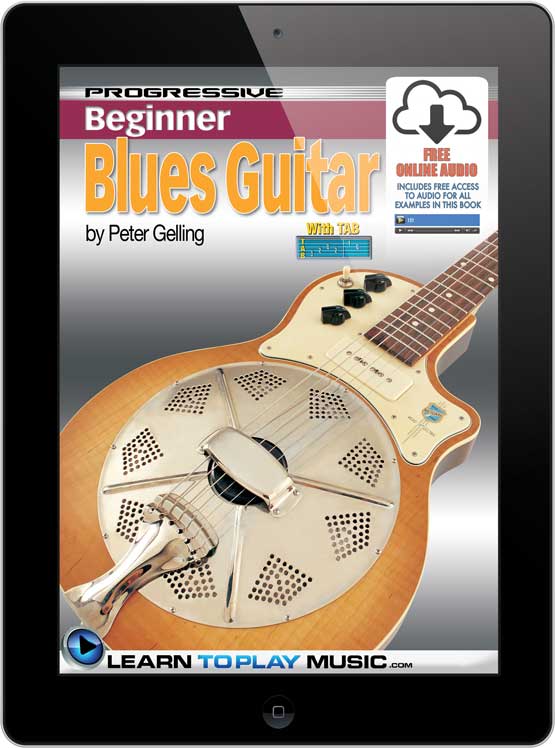 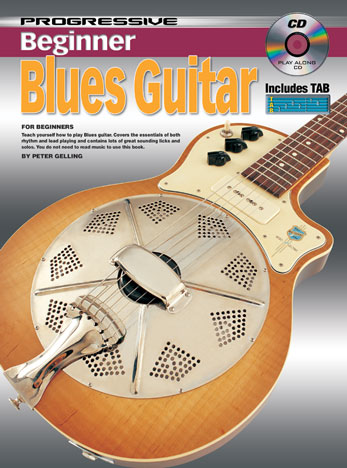